The word “Islam” is an Arabic word which means “submission to the will of God”. This word comes from the same root as the Arabic word “salam”, which means “peace”.  As such, the religion of Islam teaches that in order to achieve true peace of mind and surety of heart, one must submit to God and live according to His Divinely revealed Law. The most important truth that God revealed to mankind is that there is nothing divine or worthy of being worshipped except for Almighty God, thus all human beings should submit to Him.

The word “Muslim” means one who submits to the will of God, regardless of their race, nationality or ethnic background. Being a Muslim entails wilful submission and active obedience to God, and living in accordance with His message. Some people mistakenly believe that Islam is just a religion  for Arabs, but nothing could be further from the truth. Not only are there converts to Islam in every corner of the world, especially in England and America, but by taking a look at the Muslim World from Bosnia to Nigeria, and from Indonesia to Morocco, one can clearly see that Muslims come from many various races, ethnic groups and nationalities. It is also interesting to note that in actuality, more than 80% of all Muslims are not Arabs - there are more Muslims in Indonesia than in the whole Arab World! So, though even though it is true that most Arabs are Muslims, the large majority of Muslims are not Arabs. However, anyone who submits completely to God and worships Him alone is a Muslim.

Islam for a Better Life 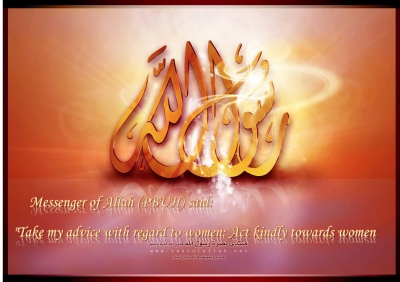