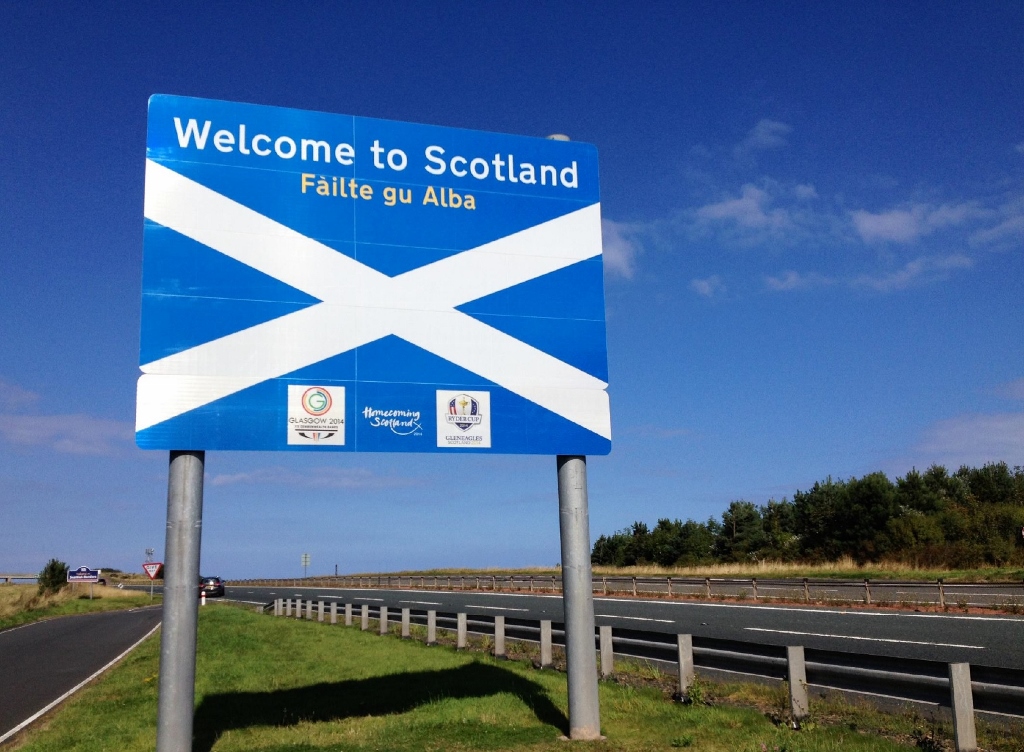 Scotland is a country that is part of the United Kingdom and covers the northern third of the island of Great Britain. It shares a border with England to the south, and is otherwise surrounded by the Atlantic Ocean, with the North Sea to the east and the North Channel and Irish Sea to the south-west. In addition to the mainland, the country is made up of more than 790 islands, including the Northern Isles and the Hebrides.

Edinburgh, the country's capital and second-largest city, was the hub of the Scottish Enlightenment of the 18th century, which transformed Scotland into one of the commercial, intellectual, and industrial powerhouses of Europe. Glasgow, Scotland's largest city, was once one of the world's leading industrial cities and now lies at the centre of the Greater Glasgow conurbation. Scottish waters consist of a large sector of the North Atlantic and the North Sea, containing the largest oil reserves in the European Union. This has given Aberdeen, the third-largest city in Scotland, the title of Europe's oil capital.

The Kingdom of Scotland emerged as an independent sovereign state in the Early Middle Ages and continued to exist until 1707. By inheritance in 1603, King James VI of Scotland became King of England and King of Ireland, thus forming a personal union of the three kingdoms. Scotland subsequently entered into a political union with England on 1 May 1707 to create the new Kingdom of Great Britain. The union also created a new Parliament of Great Britain, which succeeded both the Parliament of Scotland and the Parliament of England. The Treaty of Union was agreed in 1706 and enacted by the twin Acts of Union 1707 passed by the Parliaments of both countries, despite popular opposition and anti-union riots in Edinburgh, Glasgow, and elsewhere. Great Britain itself subsequently entered into a political union with Ireland on 1 January 1801 to create the United Kingdom of Great Britain and Ireland.

Scotland's legal system has remained separate from those of England and Wales and Northern Ireland, and Scotland constitutes a distinct jurisdiction in public and private law. The continued existence of legal, educational and religious institutions distinct from those in the remainder of the UK have all contributed to the continuation of Scottish culture and national identity since the 1707 union. Following a referendum in 1997, a Scottish Parliament was re-established, this time as a devolved legislature with authority over many areas of home affairs. The Scottish National Party, which supports Scottish independence, won an overall majority in the 2011 general election. An independence referendum held on 18 September 2014 rejected independence by a majority of 55% to 45% on an 85% voter turnout.