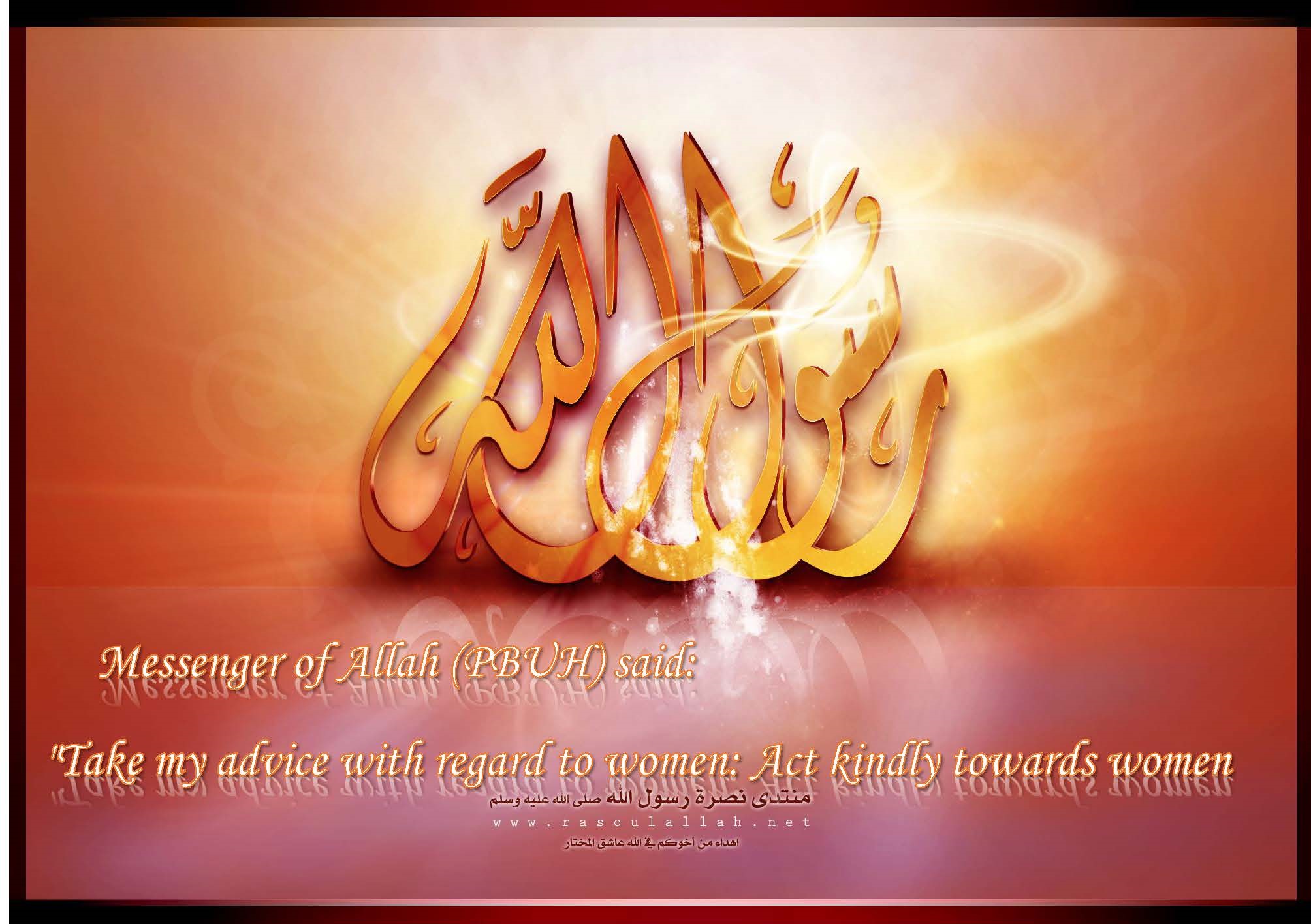 At a time when the rest of the world, from Greece and Rome to India and China, considered women as no better than children or even slaves, with no rights whatsoever, Islam acknowledged women's equality with men in a great many respects. The Quran states:

"And among His signs is this: that He created mates for you from yourselves that you may find rest and peace of mind in them, and He ordained between you love and mercy. Certainly, herein indeed are signs for people who reflect." [Noble Quran 30:21]

Prophet Muhammad (peace and blessings be upon him) said:

"The most perfect in faith amongst believers is he who is best in manners and kindest to his wife." [Abu Dawud]

Muslims believe that Adam and Eve were created from the same soul. Both were equally guilty of their sin and fall from grace, and Allah forgave both. Many women in Islam have had high status; consider the fact that the first person to convert to Islam was Khadijah, the wife of Muhammad, whom he both loved and respected. His favorite wife after Khadijah's death, Ayshah, became renowned as a scholar and one of the greatest sources of Hadith literature. Many of the female Companions accomplished great deeds and achieved fame, and throughout Islamic history there have been famous and influential scholars and jurists.

We might also mention that while many in the West criticize Islam with regard to the treatment of women, in fact a number of Muslim countries have had women rulers and presidents. To name a few: Turkey; Bangladesh and Pakistan.

With regard to education, both women and men have the same rights and obligations. This is clear in Prophet Muhammad's saying:

"Seeking knowledge is mandatory for every believer." [Ibn Majah]

This implies men and women.

A woman is to be treated as God has endowed her, with rights, such as to be treated as an individual, with the right to own and dispose of her own property and earnings, enter into contracts, even after marriage. She has the right to be educated and to work outside the home if she so chooses. She has the right to inherit from her father, mother, and husband. A very interesting point to note is that in Islam, unlike any other religion, a woman can be an imam, a leader of communal prayer, for a group of women.

A Muslim woman also has obligations. All the laws and regulations pertaining to prayer, fasting, charity, pilgrimage, doing good deeds, etc., apply to women, albeit with minor differences having mainly to do with female physiology.

Despite the fact that in many places and times Muslim communities have not always adhered to all or even many of the foregoing in practice, the ideal has been there for 1,400 years, while virtually all other major civilizations did not begin to address these issues or change their negative attitudes until the 19th and 20th centuries, and there are still many contemporary civilizations which have yet to do so.

This article quoted from : http://www.islamswomen.com

Islam for a Better Life